The New Mathematics of Architecture 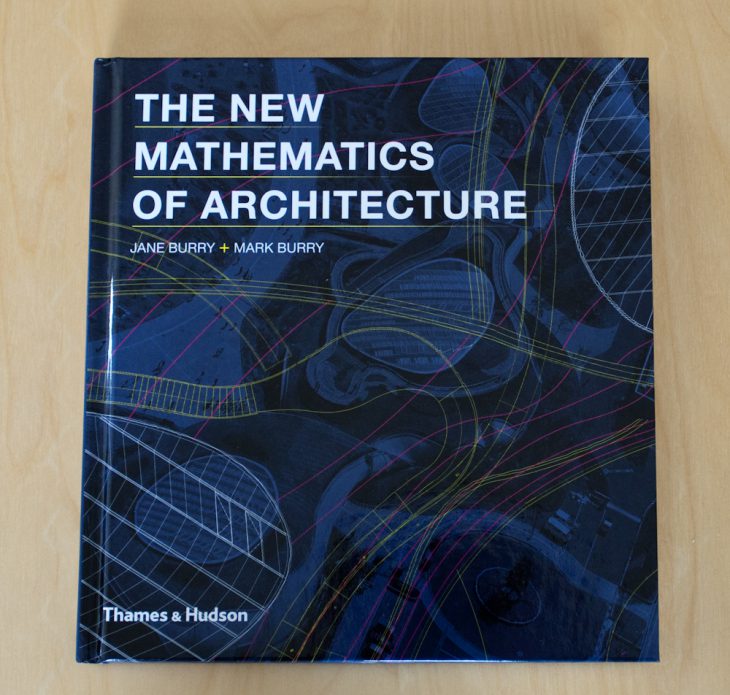 This is not going to be the most objective review of Jane Burry and Mark Burry‘s latest book, The New Mathematics of Architecture (Amazon), because I produced over 50 of the book’s illustrations, but hopefully this also allows me to offer some insight into the production.

The book itself has been under production for almost seven years. It was conceived during the 2003 ‘Non-standard Architectures Exhibition’ at the Pompidou Center where Mark Burry exhibited, and gestated while many of the projects inside the book were built. The key realisation at the time, and the key relisation of the book, is that: computation is allowing architects to engage in mathematics without numbers. This revolution was only just starting in 2003, and now in 2010 there has been enough projects built that the thesis is no longer speculative or theoretical. Jane and Mark make this argument in the introduction of the book and then explore how this new mathematics is manifested in 46, mostly built, projects. The mathematics described is not your high school algebra and calculus – very few formula and no trig functions – instead this new mathematics draws largely on post-17th century maths, with concepts such as: Aperiodic tiling, chaos theory, developable surfaces, inversion, minimal surfaces and non-euclidean geometry. The book then concludes with a glossary that describes each of these concepts in detail.

As to whether this is a good book, in my very non-objective opinion, The New Mathematics of Architecture articulates a major change in the use of mathematics. It is the type of book I would have enjoyed as a student, big pictures you can browse through for inspiration, but a lot of substance in the text. In a way I did have this book as I was doing my final year, I discovered Pareto optimisation while doing an illustration of it for the book, and ended up basing my entire final year project around it, so perhaps the book is already working as a source of inspiration. But you will have to make up your own mind as to its merits (get it at Amazon). If you have a review or know of any, post a comment and I will link to it below.