The Future of Architectural Discourse 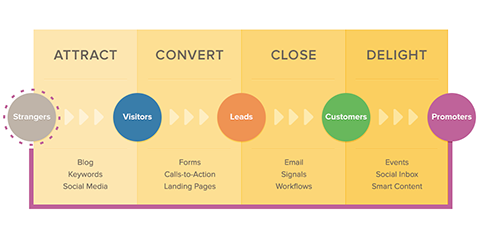 About a month ago I put my thesis online. Almost everyone I spoke to advised me not to do this. My supervisors, my examiners, a couple of publishers, the Australian Society of Authors, and even my parents. They all thought I should instead try to publish my thesis as a book.

I’ve been thinking about publishing a lot lately. What it means, why we do it, and where it is going. In this post I’d like to take you through the reasoning for why I chose to publish my thesis online, and what this might tell us about the future direction of architectural discourse.

The printing press quite possibly changed the course of European architecture more than any other invention over the past millennia. It broke the secretive transferal of knowledge through guilds, democratising access to construction knowledge, institutionalising architecture, and catalysing countless treatises, manifestos, and monographs.

Historically authors have had clear motivations to publish: money and power. Compared to past traditions of dissemination, publications offered authors the chance to reach more people, to reach people further away, and to reach people faster. Successful authors became authorities. Successful publishers brokered deals between authors and readers, selling a single publication many times over. The reader got access to knowledge relatively cheaply, and the publisher took a cut of whatever the author was paid. In the process, knowledge was liberated from the silos it was previously held in.

With the recent ‘professionalisation’ of academia there has arisen one further reason to publish: promotion. Publications have become one of the primary metrics for evaluating academics with most institutions now tying promotion to publication. The net effect has been a proliferation of sub-standard publications. Well known academics have curriculum vitae padded with books and articles that you have never heard of, that have never been cited, and that they don’t even have copies of. Uninspired workshops are written up in conference presentations absent of any distinct methodology and lacking any meaningful conclusions. Another step closer to promotion. Poorly thought out diagrams of idealised design practices are written up in journal articles absent of references to theory and lacking any relevance to the reality of design. Another step closer to promotion.

Putting something online doesn’t count as publishing in academia. Anyone can put something online. To ensure writing is of a standard worthy of being counted as a publication it must either be peer-reviewed or approved by an editor. This leads to strange situations where an academic can write a blog or make a presentation that is revered by their peers but completely unvalued by their university. In Australia I have seen talented academics who operate in this fashion get continually overlooked for promotion in favour of others who pursue publishing by more ‘official’ – although less impactful – means.

My decision to put my thesis online was motivated by my observation that very few of my students read official peer-reviewed publications. We will do an assignment on the history of digital architecture and they will come back with printouts from ArchDaily, Archinect, and Dezeen. Initially this frustrated me. I’d tell them that there were entire issues of AD magazine dedicated to this topic and that there were books waiting to be checked out. I’d tell them ‘back in my day’, catch myself, and realise that even though it’s only been nine years since I was first an undergraduate student, ‘my day’ has truly passed.

It is hard to overstate how much the medium of discourse has changed in the past nine years. Back in my day I used the library out of necessity rather than some scholarly calling. Now that I am a professional researcher I hardly ever use the library. My typical approach is to first Google something, I’ll then try more dedicated searches in Google Scholar or Google Books, failing that I’ll move onto searches in subject specific databases like CuminCAD. Only after I have exhausted all the possibilities of finding something online do I begin looking offline for information – and even then I’ll use online search engines like Amazon to help find the right book. Of the 693 references I read while writing my thesis, at least 479 were read electronically (there were more but I just didn’t bother saving the PDFs for them). Like my students, I am far less likely to read something if it isn’t accessible from the first page of a Google search, and I am even less likely to read something if it isn’t available online.

This desire for immediate access to material may sound like laziness, but if it is not already our reality, it will become our reality as more digital natives (and more digital converts) enter the fray. Ask any movie rental store – people will go where it is convenient. Authors are lazy not to follow them.

There are obvious parallels between the entertainment industries and the academic industries. Movie rental stores, music record labels, and universities are all holding tight to business models that actively resist the inevitability of the digital age. In academia, the definition of publication no longer matches the way people consume publications. Although there is technology to to reach more people, to reach people further away, and to reach people faster, publishing in this method doesn’t count as anything other than perishing. However, in the long-term, it seems inevitable that the current bygone definition of publishing will perish as ranking highly in Google becomes more important than placing content in highly ranked journals.

If publishing does perish, I’d guess that Patrik Schumacher may offer a glimpse into the future of publishing and discourse. While I may disagree with his message, I congratulate his delivery. A number of well known academics have confided to me not only their dislike of Schumacher’s message, but their surprise that he has been able to lead the discourse so unimpeded. They needn’t be surprised, Schumacher’s methods come from page one of the Hubspot online inbound marketing program:

Schumacher may be the first architect to have mastered online discourse. In the same way we remember Superstudio (and to a lesser extent Archigram) as being the first to understand and harness the ways journals were shaping culture in the 1970’s, so too we may look back on Schumacher’s deployment of parametricism in the 2010’s as one of the first instances of someone understanding and harnessing the way the internet was shaping architectural culture.

This has been a wordy rant, but it is not without action. I put my thesis online because I believe what I said. While this goes against some advice I received from people who publish, I think it follows the inevitable direction of discourse. I’m certainly not the first person to put their thesis online – when I was an undergraduate student I read and was inspired by Axel Kilian’s PhD thesis, which I probably wouldn’t have found had he not made it accessible online. So none of this is new, but it was a revelation to me when I started making a mental pro/con list and realised that new methods of publishing probably outweigh old methods – even for unestablished authors such as myself. As this realisation ripples, it seems there will be far reaching consequences for the architectural discourse and perhaps a further loss of relevance for the those academic institutions built upon the traditions of old.