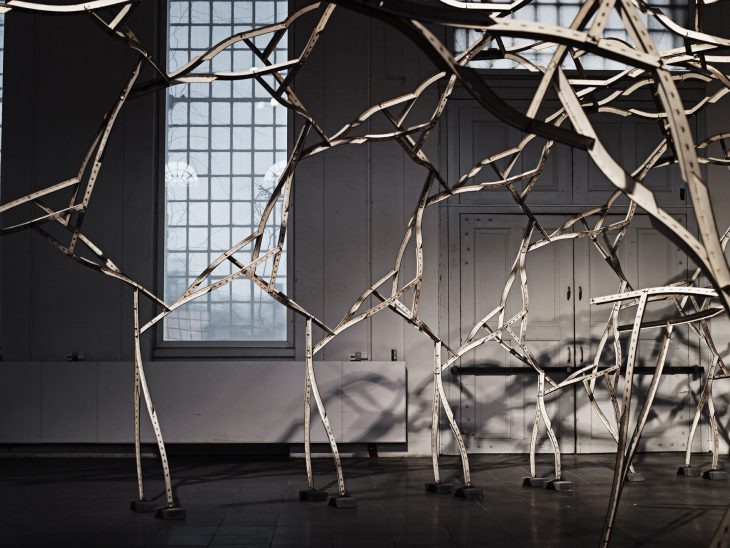 Dermoid was spawned from a deceptively simple question: how can a doubly curved pavilion be fashioned from a wooden reciprocal frame. The question occupied a number of researchers from CITA and SIAL for over a year as part of Mark Burry’s Velux visiting professorship to the Royal Danish Academy of Fine Art. As part of the Dermoid team I developed the core logic driving Dermoid’s parametric models, I investigated methods of structuring and sharing these models, and I led a workshop in November 2011 to teach students how to model the Dermoid.

Photos of Dermoid I by Anders Ingvartsen

The above video shows a dynamic relaxation process I developed for Dermoid I.