A stalkers guide to Neil Leach 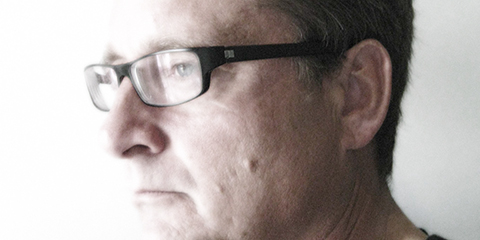 n general I am not a fan of ‘theorists’ or anything else from the 80s. The exception is Neil Leach. I can still remember the first time I read The Anaesthics of Architecture, cover to cover under the afternoon sun, the whole text resonating. In the domain of digital architecture, even though it does not explicitly discuss the computer, it is significant because it establishes context for the emergence of digital architecture. This context of architecture at the end of the millennium is described by Leach as “Architectural design reduced to the superficial play of empty, seductive forms and philosophy is appropriated as an intellectual veneer to justify forms.”

It is against this Xeroxed backdrop of image based architecture that our current focus on performance emerges. I think Leach has articulated this shift better than anyone else, best summarised in his article Digital Morphogenesis, in Architectural Design, 79 (see full article here). The only critique I have is that Leach tends to downplay the role of the architect in digital morphogenesis, claiming the process is objective when in reality the architect exerts absolute control over the process – either through limiting the application of digital morphogenesis, or acting as an editor. In some cases this has lead to performance replacing philosophy as ‘an intellectual veneer to justify forms.’ Browsing the Grasshopper forum this becomes apparent, where project after project is rendered in the image of performance rather than being performative. In many ways the shift towards performance has been a fulfillment of John Frazer’s warning (issued in 1995) that computers “induce a false sense of having optimised a design which may be fundamentally ill conceived.” Whether or not the performance we are now seeing in architecture is ill conceived or intelligent, Neil Leach has been essential in exposing the trend.

A full list of all Leach’s publications can be found at http://neilleach.wordpress.com/ along with the picture used in this post.

If you know of any other important resources please post them in the comments.